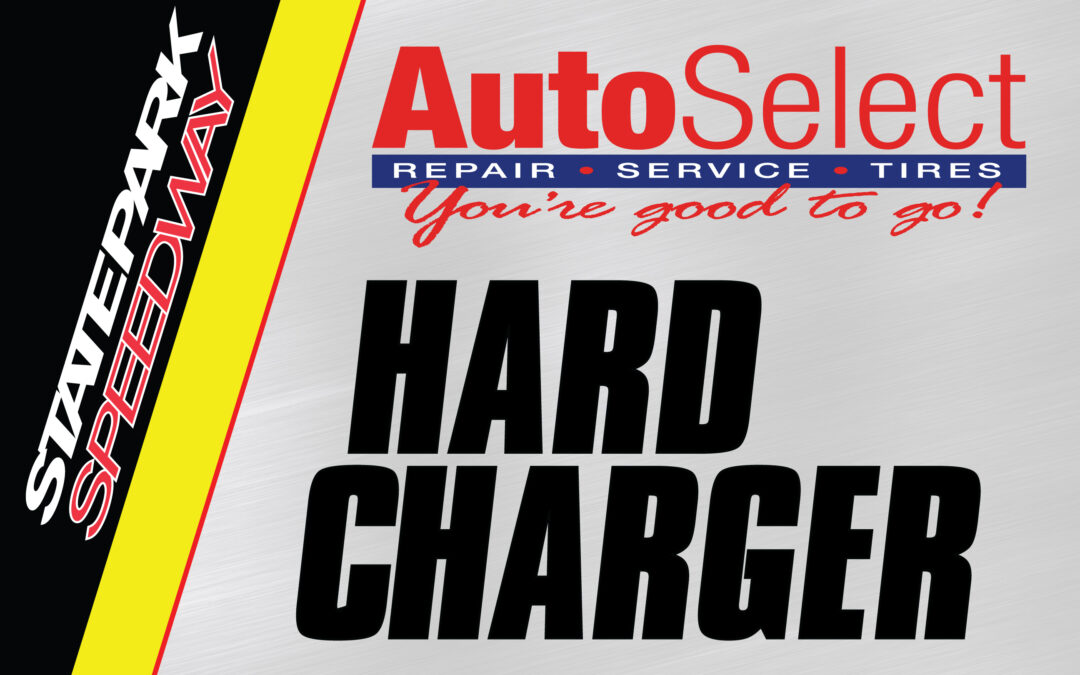 Auto Select is sponsoring the Hard Charger Award this season, recognizing the drivers who gained the most spots in their respective classes’ feature races. Here are winners of the award from Thursday, Aug. 27th, the final race of the 2020 season:

Auto Super Late Models pres. by C-Tech: 44-Justin Mondeik
Mondeik won the award for the third time in his championship season, as he started seventh but finished second to M.G. Gajewski in the 60-lap feature.

Advance Auto Parts Pure Stocks: 74-Dave Cabelka
Cabelka won the Hard Charger Award for the first time this season after nearly winning the 20-lap feature from his sixth starting spot. The fast qualifier made a late charge and came home second, a car length behind Jeff Spatz at the finish.

Snap-on Mini Mods: 06-George Seliger
Seliger took the award away from Greg Blount for the first time after going from the sixth starting spot to the win in the 20-lap feature win. Seliger actually started seventh in the field on a second attempt to go green at the start, after he lost oil shortly after the race’s initial green flag.

Rockstar Mini Stocks: 14-Eric Breitenfeldt
Breitenfeldt won the award for the fourth time this season after he drove from the 11th starting spot to the win in the 25-lap feature, his fourth feature win of 2020.