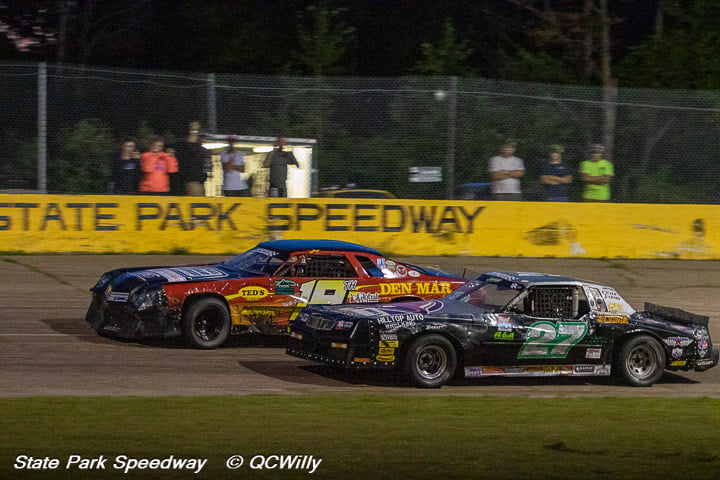 Auto Select is sponsoring the Hard Charger Award this season, recognizing the drivers who gained the most spots in their respective classes’ feature races.
Winners of the award from the races from Thursday, July 16th:

Auto Select Super Late Models pres. by C-Tech: 44-Justin Mondeik
Mondeik came from near the back of the field to win his third feature of the season, starting ninth but winding up first.

Advance Auto Parts Pure Stocks: 19-Mitch Stankowski
Stankowski made the biggest move in the feature and came up just short of his first feature win of the season, starting seventh of nine cars but finishing second to winner Jeff Spatz.

Snap-on Mini Mods: 22-Greg Blount
Blount set fast time for the seventh time this season and earned his first feature win of 2020 after starting sixth in the main and gaining five spots

Rockstar Mini Stocks: 57-Tyler Custer
Custer started 12th in the feature as the night’s fast timer in his class but came through the field to win his first-ever feature at State Park Speedway.