Cabelka, Strachota and Ferge take the Checkers on Night One 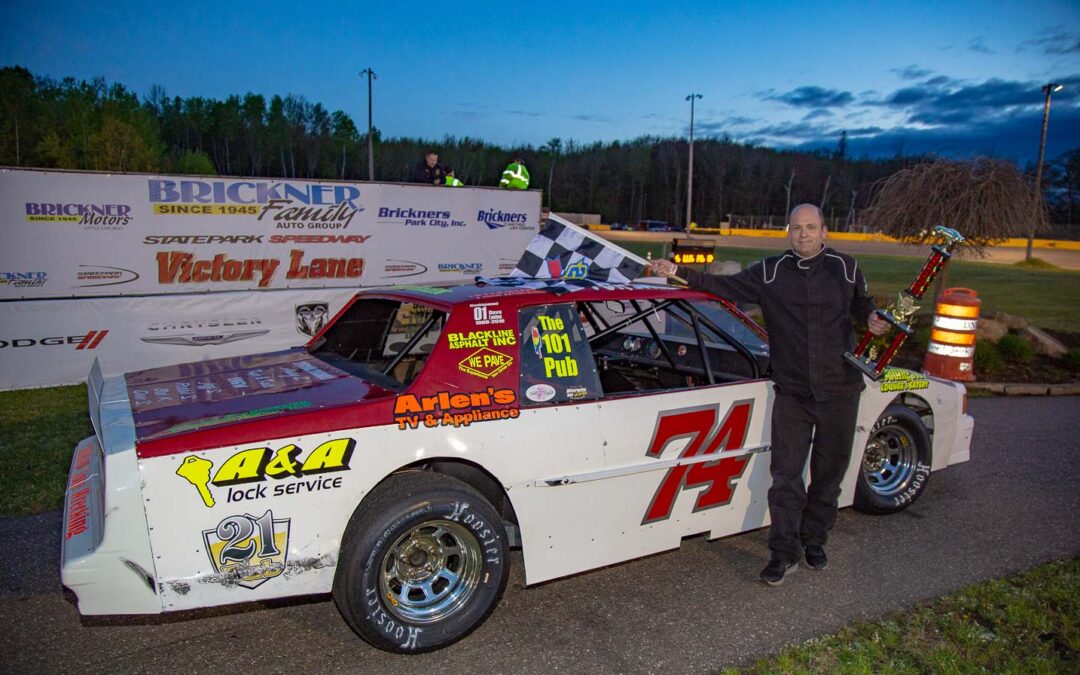 The first race night of the season also saw a pair of drivers pick up right where they left off last year, while another made it look easy in his first time competing in a new division.

Wausau racer Dave Cabelka drove Brian Schramm’s second car to victory in last year’s season finale in the Advance Auto Parts Pure Stocks. He liked the car so much that he purchased it in the offseason, and now sporting his familiar number 74 he was a winner again in the 20-lap season-opening feature in the class.

Cabelka and Dustin Ochodnicky race side-by-side early, trading the lead three times before a lap 7 caution. Cabelka then pulled away from Schramm on the restart and held the point the rest of the way, fending off pursuit from Schramm, Travis Volm and Alex Volm in the final laps for his second-ever feature win in the class.

“I bought it from Shannon, actually,” Cabelka said of his purchasing the car from Schramm’s wife Shannon. “We’ve had a lot of wins with it so far…it is quick. It had a little bit of a push, but as the race went on it got better.”

Garret Strachota made his debut in the Snap-on Mini Mods, and it didn’t take long for the former State Park Speedway mini stock champion to make an impression in the class. Wheeling the car driven by Mike Heidmann last year, Strachota took the lead from Jim Lietz on lap 2 and led the rest of the way, finishing 10 car lengths ahead of Lietz at the checkers of the 20-lap race.

“It picked up a little bit of something going on with the motor about halfway through,” said Strachota. “I was kind of hoping it was going to hang on…it worked out.”

Kole Ferge had a season to remember a year ago, finishing in the top five every week and winning a championship in the mini stock class. He closed out the 2018 season with a feature win, and this year opened the same way with the victory in the 15-lap main event.

Ferge started ninth in a field of 11 cars but made hay quickly, with much of his work coming on the outside. He passed Chad Ferge for third on lap 5, worked inside Amanda Rowe for second two laps later and then overtook early pacesetter Ashley Schoone on the outside, clearing her on lap 13 after a four-lap battle.

“I wasn’t sure at the start what was going to happen,” said Ferge of his starting deep in the field. “I was kind of hung up there in the back, boxed in…I just played it out.”

Racing continues at State Park Speedway on  Thursday, June 6, when the Wisconsin Challenge Series super late models will be on hand, along with limited late models, pure stocks, mini mods and mini stocks. Fred Mueller Qualifying begins at 6 p.m., with racing to follow at 7 p.m.