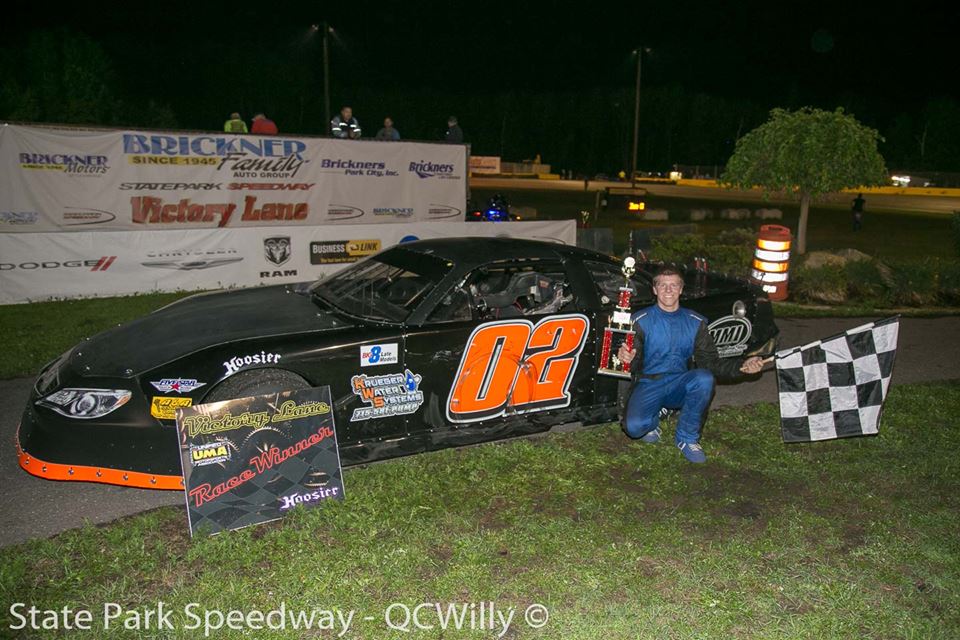 Haase led all but one lap, taking the best shot from a number of contenders and coming out on top of an at-times wild 25-lap feature. With the win, he added to a family legacy that includes both his grandfather Rick and father Jesse, who both won late model track championships along with a number of feature wins in their careers.

Haase led the first three laps and then was part of a brief shuffle that involved him, Dillon Mackesy and Travis Volm going three-wide into turn three on two straight laps. Haase came out the second time back in the lead and stayed in front the rest of the way, building an eight car-length lead at one point and then holding off Volm and Brock Heinrcih after a restart with eight laps left.

Joining Haase as a first-time feature winner was Nathan Steif, who claimed his first-ever feature victory in the Motors Service & Supply Mini Stocks.

The Wausau native and 2016 graduate of Wausau Newman High School jumped to the front quickly, going from the second row to first place by passing Randy Zieglmeier for the lead on lap two. He built a big lead and then had to hold on after Kevin Tessmer closed in late, even getting to the leader’s bumper before fading in the final few laps.

A rookie who in the offseason purchased the car that Tessmer drove a year ago, Steif became the seventh different driver to win a feature in the mini stocks this season.

Travis Volm continued to make the most of his occasional appearances in the Advance Auto Parts Pure Stock class, winning the 25-lap feature that also was part of the Central Wisconsin Steel Frame Challenge Series tour.

The Mosinee driver and five-time pure stocks champion at State Park won for the third time in four showings in the class this year. He took the lead from Jeff Spatz on lap five and led the rest of the way despite the late challenges of Brian Schramm and Chad Dietsche.

Volm had to withstand a pair of restarts with points leader Schramm and No. 2 in points Dietsche right behind him. Schramm even started alongside Volm on a restart with three laps left, but Volm held firm on the inside line and pulled away, with Schramm holding off Dietsche for second.

Next week will be Corn Night and Kids Backpack Night at State Park Speedway, with all-you-can-eat corn and beer for $12, and free backpacks for kids. Super late models plus all SPS support divisions including Bandoleros will be on hand. Fred Mueller Qualifying begins at 6 p.m. with racing at 7 p.m.