Mackesy stays out of trouble, back in victory lane at State Park Speedway 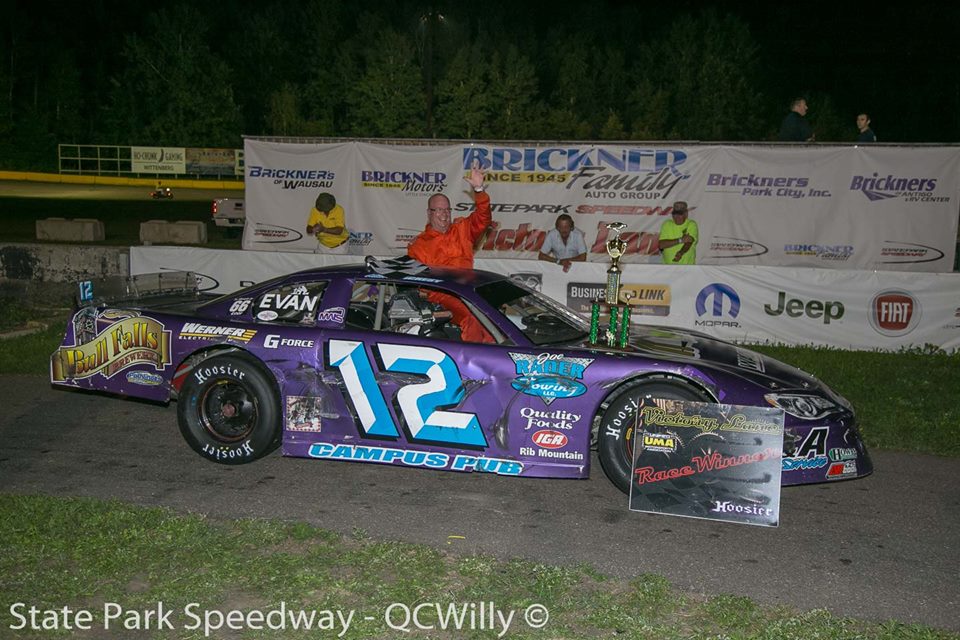 It was a great night for Mark Mackesy, a good one for Justin Mondeik, and a rough one for Luke Fenhaus in the Auto Select Super Late Models pres. by C-Tech class at State Park Speedway.

Mackesy shined brightest on the night, avoiding a mid-race accident at the front of the pack to get to the front and win the 50-lap super late model feature. The veteran from Wausau won his first regular points feature of the season and became the sixth different feature winner in eight weekly shows in the class.

Mackesy held off challenges from Mondeik and Derek Doerr over the final 24 laps, pulling away on a pair of restarts. The feature win was his second this season at the track, as he also won the TUNDRA touring series event in July.

Mackesy got to the front when he inherited the lead after a lap 27 tangle between Fenhaus and Mike Olson racing for the lead. The two were racing for the same real estate when they came together, with Olson spinning to the infield on the frontstretch.

Fenhaus got the worst of it, though, as he spun in turns one and two and backed into the outside wall. The points leader coming into the night was unable to return to the race with damage to his steering and fuel cell.

That allowed Mondeik to move past Fenhaus into first in the points on the basis of a solid second-place finish, as he also stayed out of trouble despite a few loose moments during the feature. The Gleason driver now leads Fenhaus by 20 points with two weeks or racing left, with Mackesy 40 points out of the lead.